How can independent natural retailers remain competitive and grow in a hyper-competitive market?  This is a question I get asked a lot.  This a question that needs to also include the brands these retailers sell.  Most small brands owe their very existence and their start to the small retailer that took a chance on them when they were starting out.

I’d like to share a story about a local retailer who took on a big box store and is still thriving today. In fact, the large big box store eventually went out of business while the small store continues to thrive. The parallels between small natural and mainstream retailers are identical.

Several years ago, one the first national big-box home-improvement retailers moved into my neighborhood and instantly began to challenge the smaller retailers in the area.  Out of fear, several of the local building suppliers, lumber yards, specialty, and hardware stores tried to compete on price alone and lost.  Some smaller stores chose to discontinue items that were available at the large box store. Consumers eventually stopped shopping at the smaller stores due to their limited selection of key items. They too succumbed and went out of business.

One local hardware store took a different path and survived and they are still thriving today. The key to their success was maintaining the distribution of key items in addition to a wide variety of specialty items. They priced them fairly to remain competitive.  They resisted the urge to engage in a pricing war they had no chance of winning.  They focused instead on their strengths; great selection of the hard to find items and outstanding customer service.  In fact, most of the big-box shoppers eventually went out of their way to shop the little store where they learned how to install or repair everything from toilets to roofing and beyond.  They were happy to pay a little more for products that came with valuable help, instruction, and encouragement.

Read the rest of the article on Whole Foods Magazine 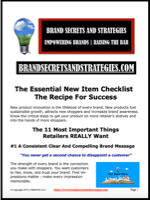 The Essential New Item Checklist – The Recipe For Success

Ever wish you just had a roadmap?  Well now you do!

Don’t miss out on all of these FREE RESOURCES (strategic downloadable guides, podcast episodes, list of questions you need to be asking and know the answers to, weekly newsletter, articles and tips of the week.  You will also receive access to quick and easy online courses that teach you how to get your brand on the shelf, expand distribution, understand what retailers REALLY want and address your most pressing challenges and questions.

All tools that you can use, AT NO CHARGE TO YOU, to save you valuable time and money and grow your sales today!

Image is the property of CMS4CPG LLC, distribution or reproduction is expressively prohibited.

About the Author: Daniel Lohman, CPSA

Daniel Lohman, CPSA is Strategic Advisor in the CPG and Organic Industry. His company, Category Management Solutions (CMS4CPG LLC), provides innovative ideas, actionable insights and strategic solutions for companies interested in gaining a significant competitive advantage. He assists companies in expanding their retail distribution and improving their merchandising. His extensive knowledge and expertise reaches far beyond traditional category management and has earned him recognition throughout the industry as an expert, speaker, trainer and thought leader. Daniel can be reached at Dan@CMS4CPG.com. Connect with me on LinkedIn.

This site uses Akismet to reduce spam. Learn how your comment data is processed. 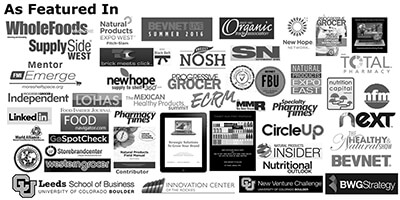 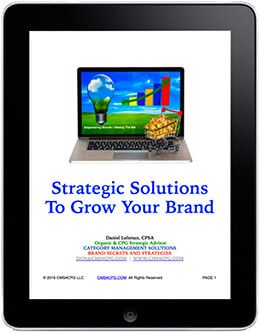